An Insight into Dark Personality Traits Most of People Have

People with psychopathic personality are a danger for others around. They have a certain pattern of thoughts that makes other people get scared of them because these thoughts are composed of pain and torture in often cases. Moreover, such people have a suspicious and harmful behaviour towards other. This attitude is the part of dark personality traits, but there is much more to know about it. Before digging it out further, let’s discuss what dark personality traits are.

In psychology, different personality traits like self-obsessions, greed, spitefulness, and madness are called dark personality traits due to their malevolent characteristics. These traits make a person separated from others because of their stream of strange thoughts. These aspects of personality enforce them to do something opposite to others and think of themselves right in every matter they face and all decisions they take time to time. These personality traits are linked with the approval of idea of happiness. This idea of happiness lessens well-being, according to a research.

While the concept of narcissism or we can say self-obsession encourages and promotes well-being (if it’s not at extreme level) because it makes a person put efforts in being the best version of his/her personality, and when it gets penetrated in the society, it transfers the idea of self-love to others.  The dark personality traits affect a person and gradually a whole society that is comprised of people having these traits. Below are some examples of dark personality traits that how people with these traits act and make it difficult for others to live in peace. 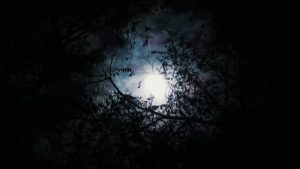 Narcissism is the behaviour in which a person follows happiness with his/her egoistic and self-obsessed admiration, and he/she always thinks of being above all. There are four aspects in a narcissist’s personality that include authority, excessive self-admiration, selfishness and arrogance. Approximately 1% of ordinary men or general population is affected by the personality disorder of a narcissist person. Although self-love at some extent is the part of everyone’s personality and it is essential at some ratio, but obsession with one’s personality is harmful and dangerous for the person himself as well as for others.

These people have NDP that is narcissist personality disorder in which a person overestimates the abilities of his or her personality, and he/she needs affirmation and a continuous admiration from others. Their obsession of self-love gives them the feeling of gratification, and they find it soothing and source of ultimate happiness to be praised by others all the time. Their life starts and ends with themselves and their obsession. It becomes difficult for them to feel truly happy because they always demand others to give their personalities a priority over anything.

Spitefulness is a personality trait that is centred around manipulating and concerning behaviour towards morality. It is one of those dark personality traits that become the reason of the tough survival of people around. More suitable word for people with this order is Machiavellian behaviour that includes dishonesty, cunningness and deception. Such people are a threat to the society because they don’t pay attention towards moral value and make it harder for others to live peacefully.

Some psychologists relate it with psychopathy as they have manipulative attributes that make it difficult for other people to deal with them. According to some recent researches, Machiavellian attitude and psychopathy overlap each other, but still they are different traits of one’s personality.

According to a assignment writing services firm, psychopathy is considered as a personality disorder that is comprised of antisocial behaviour and egoistic personality. There are various concepts associated with psychopathy. These concepts include disinhibition and bold behaviour, and also it has criminal psychopathic attitude as well. A psychopathic person has three certain traits at various extents.

Boldness includes low fear that is comprised of stress-tolerance and also the bearing attitude towards unfamiliarity as well as danger. It also includes high self confidence that leads to social assertiveness in some cases. They seem to be extra confident in their matters and don’t really bother others because they have a superiority complex, and they hit the feeling of others just because of their mind set that titles their harsh behaviour as boldness. It is one of those dark personality traits that support the sense of extreme superiority.

Disinhibition includes the control of poor impulse. It also includes issues with planning as well as it adds the lacking of effects and urge control. Such people with disinhibition demand immediate happiness, and they have low behavioural restraints that emphasize to be odd in their dealings with other people. Such people want everything at once and without any pause because they take it as their right to get anything immediately. They can’t bear to have gratification later and they don’t have the courage to wait for the things giving outcomes later. 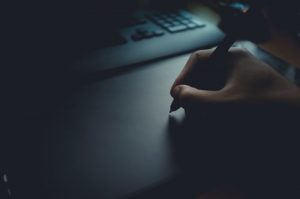 Meanness or selfishness can be defined as the lack of empathy towards others. It does not allow a person to get closely attached with other people. A person who has the trait of meanness in his or her personality can never be a good social being due to his/her selfish attitude in even tiny matters of daily routine. These people behave in a cruel manner in order to gain empowerment, and they have the tendencies to exploit others in the most disgusting ways. They want to have authority and they always seek destructive excitement. Their overall behaviour moulds their thoughts into a negative pattern and getting rid of it never seems to be in to-do-list.

People with dark personality traits suffer from severe personality disorders, and it makes problematic for them as well as for others to cope with their brutal and psychopathic attitude. These people need psychological treatment and the people around them need to be conscious while dealing with them because dark personality traits affect the whole society collectively due to the existence of such elements that have destructive approach towards others. CEO of law essay writing service firm says that just look at yourself and think about your attitude. If you think of yourself among such people, no matter at how large or minor scale, you need to get rid of it immediately.